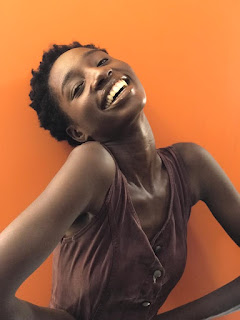 When a child is born, its cries fill the room.
There is beauty in new life, beauty so unique that it can hardly offend you. The yelling child with clenched fists, takes in air for the first time.

Once this child hears a voice, its once uncontrollable screams are calmed as the child looks up at its mother and smiles for the first time. The voice of a woman has a heart, even the most innocent of souls can feel it.
What is it about the nature of a woman that draws people to her? The heart of a woman is deep, warm and full of room. Her shared privilege with nature gives her a unique empathy for life as a whole. It is in the nature of a woman to care, she is delicate and soft on the inside, an embodiment of the very things that we often neglect in a hurry, precious things like family, simplicity and unadulterated beauty.

It is in her to be patient, to give a second, third, fourth and infinite chance. A woman is open to the truth that we all are deeply flawed, she hardly judges, she wants truth, a woman wants justice.

A woman's heart is like wax, built up and strong in defence, melting away under the heat of love, acceptance and understanding, let her be handled warmly. There is strength in her nature, ever so fierce but still lowly. The reflections of her heart are mirrored through her eyes, the woman is able.
Her hands are accustomed to doing a thousand tasks properly, yet they remain supple, tender to the touch.
The woman is wise, and for some reason known to her creator alone, she knows things, tangibly, every essence of life literally permeates from her skin, the woman is teachable.

Though she falls, she is eager to rise. Her nature is rare, her nature is beautiful but through time, her nature has been undermined, misunderstood, overlooked, abused, assaulted, harassed, stressed, pushed, injured, broken, beaten, hurt, insulted, ignored, sidelined. There is a growing need to build the woman, to cherish her, to nurture and lift her, to let her grow, there is a dire need for the woman to be regarded and empowered to raise better, wholesome generations.
In recent times, many practical approaches have been taken to promote the importance of allowing the woman's voice to be heard, reinstating her into the position that she should occupy in the society. Now there are deliberate movements that seek to make sure that the woman is able to participate equally in economic, political, social and religious issues as they are able and as they merit it.

The woman must first and foremost be seen as human with a personality that is unique. The differences in personality of men and women should not be a yardstick for how they should be treated but instead women should be considered based on the content of their heart and their mental capacity. The girl child must first be allowed to grow as someone who has the potential to reason like every other human being. Once the rare nature of the woman is properly harnessed, indeed the world would be a better place free of discrimination, stagnation and open to sustainable development. 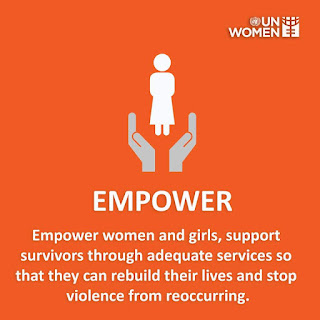 Nnem I remember,
The pitter patter, rain drops on the window pane of my bedroom, too loud yet incapable of blocking out the sound of your gentle sobs, the ones you cried softly so you wouldn't "wake" the children that never slept,
the heaving of your chest as you spit out the words " nne I have tried! This will be my last night here"... Night after night.

I can not forget, the gurgling that made me rush to your room door, heart banging against my chest, "let me out of here!", so I can fall on the ground and break into a million little pieces and be blown into the wind never to return here. Numb. It was sore relief and welled up anger to know you were only laughing, " why were you laughing in that manner?! You scared me!".


You see, the fear of what you went through built a false resistance of man in me, like to be free I had to stay bound beneath layers of suspicion and sensitivity, so everywhere you shielded yourself from the blows, I rose …
Read more

My Life As An Object Traded Over Two Continents, In 995 Words #HearMeToo 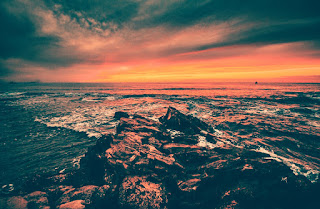 I was thirteen years old when Uncle Frank told us we had the chance to begin a new life in Europe. I remember his almost hysterical plea to my parents to let my sister and I cross the seas with him. He had been there five years already, and he said it was flowing with unbelievable opportunities. “Unbelievable opportunities” was the exact phrase he said. I have it etched on my mind's walls, perhaps forever.

"The girls can go to school there,” he explained. “Then they could get into university, and find good jobs! This is the very best thing you could ever do to them.”

My parents weren’t educated. They knew nothing of visa applications and emigration processes. My sister and I were too young and naïve to question Uncle Frank either. He had been kind and loving to us- he helped with our school fees and bought us Christmas clothes. There was no reason to not be happy that he, the most compassionate of our mother’s brothers, was setting things in place for a wonderful future for …
Read more