“To be a nice girl, you have to be calm at all times. Don’t fight, don’t argue, and don’t insist on things! It is unladylike to insist on things”. My classmate once told me, he was trying to explain to me why he believed an outspoken woman had a slim chance in the marriage market and I remember wondering to myself, “unladylike? What did that even mean?’’.

So five years down the line, two failed relationships and now that I think of it, I understand clearly what really stifled my “No!”.  I know what made me keep quiet when I should have spoken up, when I should have said “No”. Stern faced, square eyed without the slightest drop of guilt “No!”.
Because you see, there isn’t much to augment for a ladylike Nigerian girl.

Every No I sacrificed at the altar of what a man would think of me has cost me something valuable.  Prices of things have been inflated, everything is overpriced this 2018 and my No did not escape the senseless hikes. Everything is expensive especially my fundamental human right to say an emphatic No! Even to my friend.

About a month ago, I received a beautiful gift from my boss. They were matte black stone beads carefully strung together with the word “forgiven’’ attached to a silver encrusted gem. I was particularly fund of this gift not only because my boss is an amazing woman who encourages me to be all the best I can be, but because she gave me a gift that had significant meaning to me!  From then on, I would wear those beads every day. They remind me of the fact that I am loved and I am not alone.

One day I visited a special friend of mine. We had met in the university and our relationship had blossomed into something I considered healthy and beautiful. When I got to his house, I took off my beads and wrist watch because I needed to wash my hands before touching any food. We were deep in conversation, catching up and talking about our favorite things. I was so at home.

When I got done at the sink I went to where I had placed my beads and one was missing. I did not bother to search for long because there was only one person in that house with me.

As I suspected my beads were right there sitting pretty on my special friend’s wrist. “Give them back.” I said, “What?’’ he asked, feigning ignorance. “My beads of course, I don’t want to give them out so give them back to me”, my voice was picking up a pace, that kind that makes potential husbands get cold feet. He smiled at me as he caressed my precious beads on his wrist. “But I didn’t ask you for them’’, his words shot through my veins like ice daggers. “My point exactly! You did not ask me and yet you took them! What makes you think you can have what belongs to me without asking me first?! Being my friend does not give you the riiiiiight! To take anything from me without my permission!”

The room was silent. I could feel my voice reverberating through the walls. Refusing to let the uneasy silence bother me, I stood away from him and watched as he reluctantly took off my beads and placed them right back on the table where I had put them initially. I smiled to myself. For me, picking up my precious beads and slipping them back on my own wrist where they belonged was victory. I was one step closer to Loving the sound of my voice say an emphatic No! Without giving in to the emotional blackmail. One step closer to stopping even my special friend from thinking that it was  okay to just ‘walk away with all my stuff’ and not ask my permission.

Let’s Talk About It (Think, Reflect and Resolve to Act)

1.Have you or anyone around you experienced a similar situation that required you or that person to speak out? Try to recall such instances.

2.Based on the narrator’s experience, would you say she overreacted? Give reasons for your answer.

3. In what way(s) do you think you can battle/ resolve issues of emotional/ intimate partner entitlement in budding relationships?

On Rape Culture: I have Stories To Tell #GenerationEquality 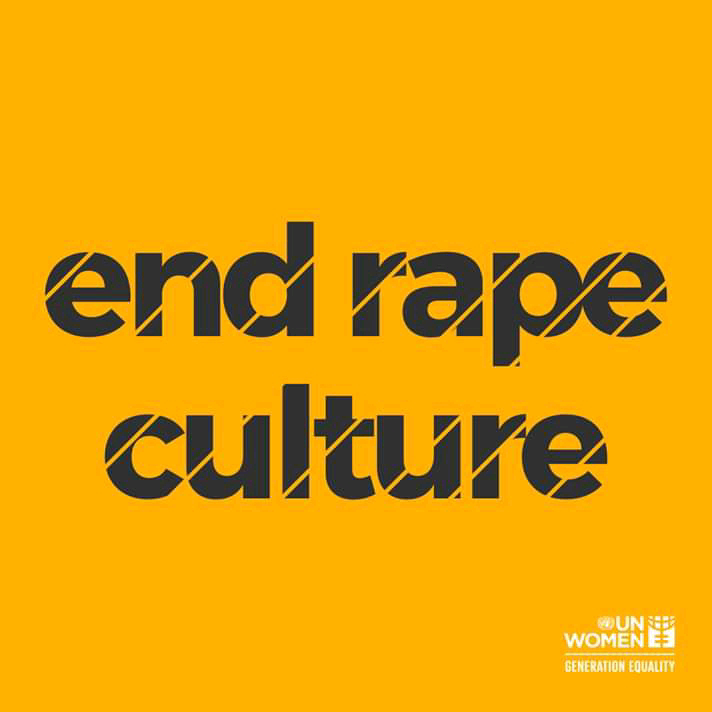 It's the international day to end violence against women and the UN Women's keen attention to #EndRapeCulture is needful in my opinion.
On this one, I have a lot of stories to tell. Of mute women teaching their hearts to love and adapt to a world of 'roaming beasts' among people.  Bottled up anxiety when she meets someone new, "what if he is lying when he says he cares about me?", "maybe he has another agenda up his sleeves. Why does he want me?", "Must be like the last one", I always get myself into this mess, better stay on my own before I get more things to bawl about for hours, close to death only to be silent about because being raped by someone I care about is my fault'.
"I should not have been there in the first place", her recurring retort. It's a never ending stream of bitter thoughts for women who have faced abuse and UN reports have shown that 3 out of every 4 women abused were hurt by someone they love. As coined …
Read more