Showing posts from November, 2018
Show All

Take my beads today, take my body tomorrow----------------
“To be a nice girl, you have to be calm at all times. Don’t fight, don’t argue, and don’t insist on things! It is unladylike to insist on things”. My classmate once told me, he was trying to explain to me why he believed an outspoken woman had a slim chance in the marriage market and I remember wondering to myself, “unladylike? What did that even mean?’’.
So five years down the line, two failed relationships and now that I think of it, I understand clearly what really stifled my “No!”. I know what made me keep quiet when I should have spoken up, when I should have said “No”. Stern faced, square eyed without the slightest drop of guilt “No!”.  Because you see, there isn’t much to augment for a ladylike Nigerian girl.
Every No I sacrificed at the altar of what a man would think of me has cost me something valuable.  Prices of things have been inflated, everything is overpriced this 2018 and my No did not escape the senseless hi…
2 comments
Location: Abuja, Nigeria
Read more

How I Got Trapped in A Cycle of Violent Voices, In 844 Words #HearMeToo 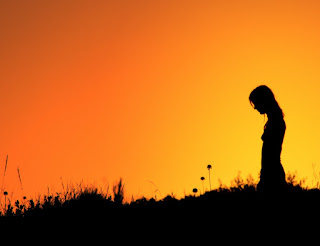 Papa's angry shouts roar back at me whenever I dare to remember him. The picture of him that comes to my mind now is scowled, fierce eyed, with a heavily ridged forehead, staring down at me and trembling with fury. Somehow, this face seems to be able to exist without his voice. I can just about live with this divorce in my head. But when the voice comes, it's violent. It shatters my peace, and drives me into a panic.

He had that look on countless nights, many, many years ago. Those were the nights he came home drunk and staggering, and muttering incomprehensible words in between curses aimed at mother, my sisters and I. He would barge in, collapse into a couch, and spread out with abandon, like an emperor aloof.

That was the last thing I would see of him, as my mother tried to shoo her children. It was my last glimpse of papa subdued, and the first sign of the wretched rage that was certain to come.

The sounds we heard from the safe space of our bolted room still rumble and b…
Post a comment
Location: Lagos, Nigeria
Read more

Globally, one in every five girls is married, or in union, before the age of 18. In the least developed countries, that number doubles! – 40 per cent of girls are married before age 18, and 12 per cent of girls are married before the age of 15. (UNFPA) Recent surveys carried out by UNICEF and WHO Confirms that at least 200 million girls living in 30 countries around the world have undergone Female Genital Mutilation and Millions more are still at risk. The 2018 World Bank Group report simply shows that The High Cost Of Not Educating Girls, deprives the world of transformative impact in six major areas being (1) Earnings and standards of living, (2) child marriage and early childbearing, (3)fertility and population growth, (4) health, nutrition and well-being, (5) agency and decision-making, and (6) social capital and institutions. Essentially, not educating girl’s costs countries trillions of dollars (See Full 2018 WBG report here.)
Violence against women and girls is a crime agains…
Post a comment
Location: Abuja, Nigeria
Read more